CAMPO: Although the perimeter shape of the field of the shield does not constitute an essential part of the arms and is usually regulated by the artistic style and custom, it is in this case standardized in article 11 of the heraldic regulations given by Decree 105/1991 of 9 It is therefore its traditional Spanish form, understanding by traditional the most generalized form in use, and in this case in common with the rest of the municipal coats of arms. For this reason, its shape must be rectangular, quadrilateral and rounded at its tip, -carpanel arch upside down- and its proportions must be five wide by six high, wealthy since it must not be finished in a point.

CUARTEL ÚNICO: On a field of azure, a silver star, pointed waves of silver and azure.

TIMBRE: Stamp the field of this coat of arms, closed royal crown, as follows from the application of article 12 of Decree 105/1991, as the official symbol of the Kingdom and the State, see the Official Gazette of the Junta de Castilla y León, number 92, of Thursday, May 16, 1991, pages 1784-1785, which regulates the procedure and standards for the approval and rehabilitation of municipal shields and flags.The description of the royal crown is as follows: It is made on metal, gold, and it would be a circle set with precious stones; On this circle, there are eight acanthus leaf finials, of which five must be seen, interspersed with four pearls, out of the five rosettes, there are as many diadems that have added strings of pearls to converge in a world of azure, which centres crown with its equator and the upper half meridian in gold, all added to a cross, also made of gold and finally the crown has its interior lined with a gules cloth. 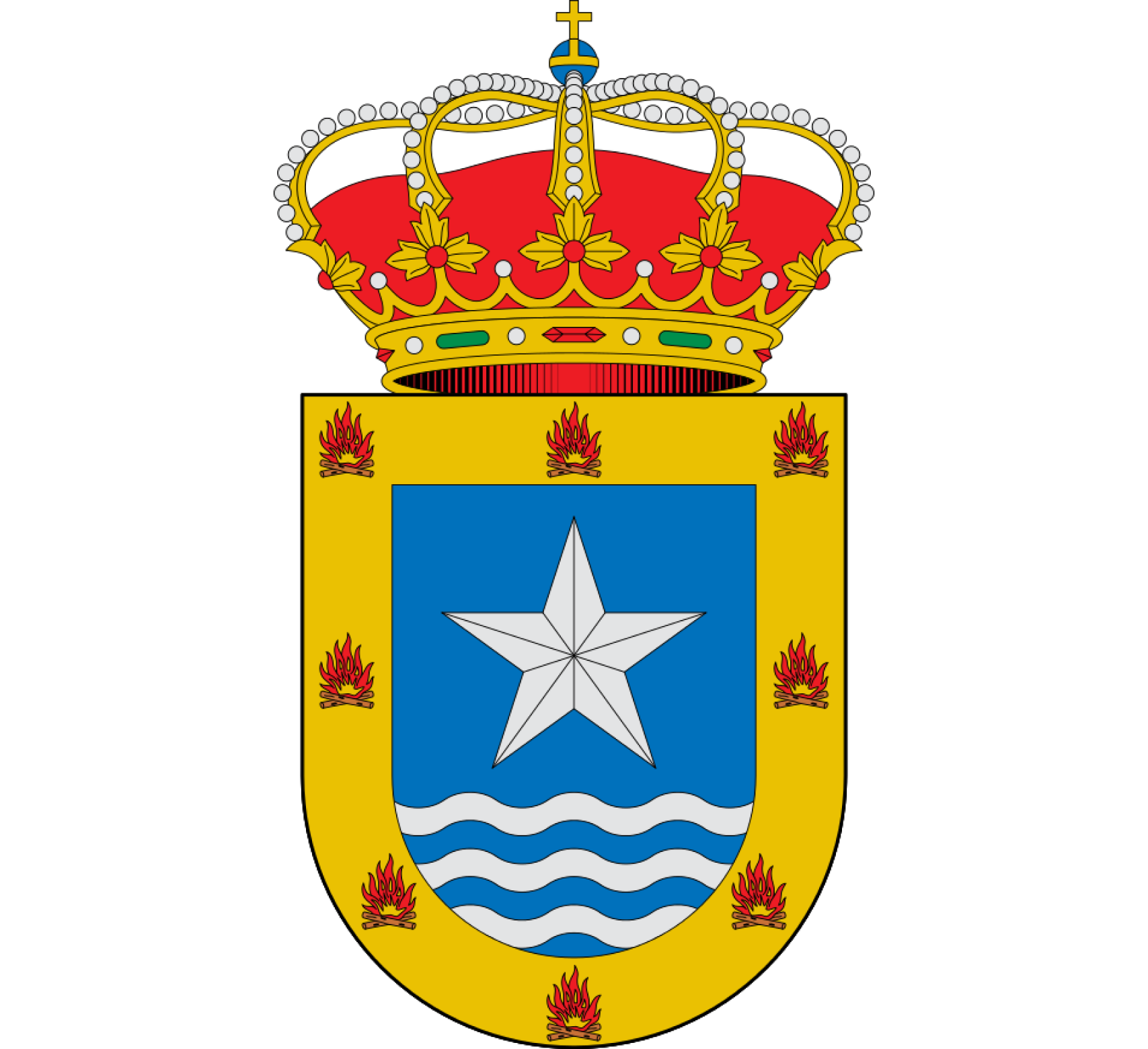 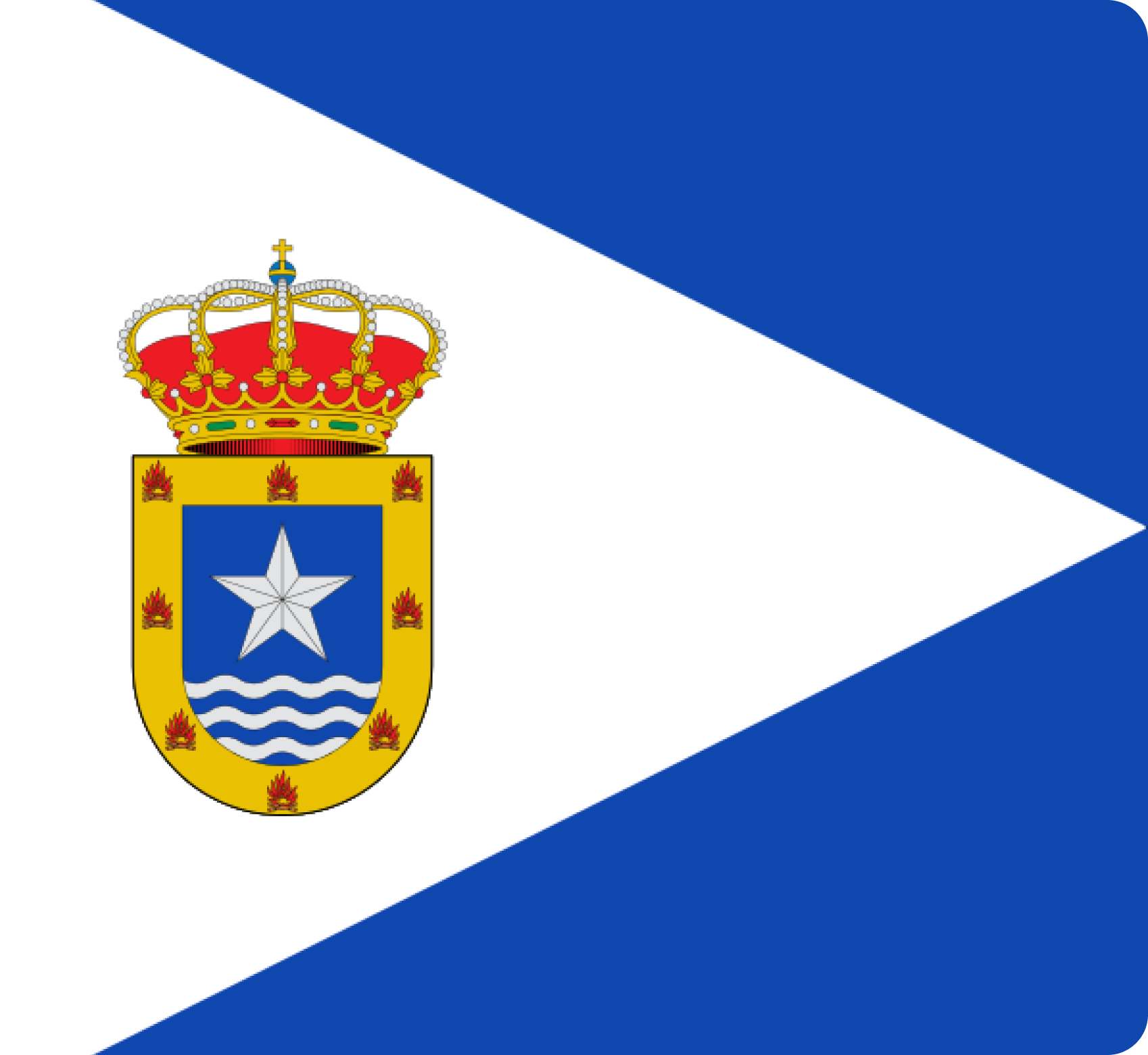 Square flag, blue in color with a white triangle with vertices at the ends of the pole and in the center of the wing, loaded with the municipal heraldic shield in its colors.