Its name comes from urz (heather).

There is written documentation from the 11th century and traces of channels that testify to its Romanization. The town is located at the foot of Manzarnoso with 1338 m. In the Canalina area, there is a Fountain of cold mineral waters where there are also three flour mills, it is in this area where the remains of Roman canals are best appreciated. Its people were dedicated to agriculture, livestock and coal mining.

It is a district of the Villagatón City Council in the province of León. It is located at 1013 meters of altitude, located in the western part of the Cepedan region.

The church dedicated to San Claudio has a belfry thicker than the usual conserved from the old construction...

Mount of 1338m. from which you have good views of the towns of the surrounding regions.

In the Canalina area, there are 3 flour mills, the Raimundo, the Canalin and the Nuevo.

It is a linear route of 8 km (one way) that runs between the church of Ucedo and the picnic area of ​​Valbuena, the round trip being the same way. Most of it runs parallel to the Retuerta stream.

During the tour you will see 6 flour mills (some better preserved than others),
petroglyphs, numerous fountains, the Peña el Oso or Peña la Muria that marks the boundary between the two towns.

Being in a riverside environment, the vegetation of this type of areas predominates, such as birch, alder, poplar ... but there is also heather, pine, broom, oak, hawthorn...etc. There is a varied fauna such as wild boar, roe deer, wolf, fox, hare, eagle, cuckoo, great spotted woodpecker, lizard...etc.

In the Canalina area there are 3 mills, the Raimundo, the Canalín and the Nuevo,
dedicated to the milling of cereal. They are monohydraulic, consist of a single horizontal or rolling wheel to move the drive shaft. It also consists of two grinding wheels to grind the cereal grain and turn it into flour.
They were used by the residents of the town to transform the grain into flour to feed animals or for human consumption.

In Valbuena there were 5 industrial mills, which grind cereal for most of La Cepeda.
At present, you can see the remains of 3 of them, the Ramón mill, the Victoriano mill and the Pedro mill, which is the only one that sifted the cereal (it separated the shell of the cereal from the flour) for human consumption.
They are mini-hydraulic mills, they consist of a single horizontal or rolling wheel to move the drive shaft. It also consists of two grinding wheels to grind the cereal grain and turn it into flour. 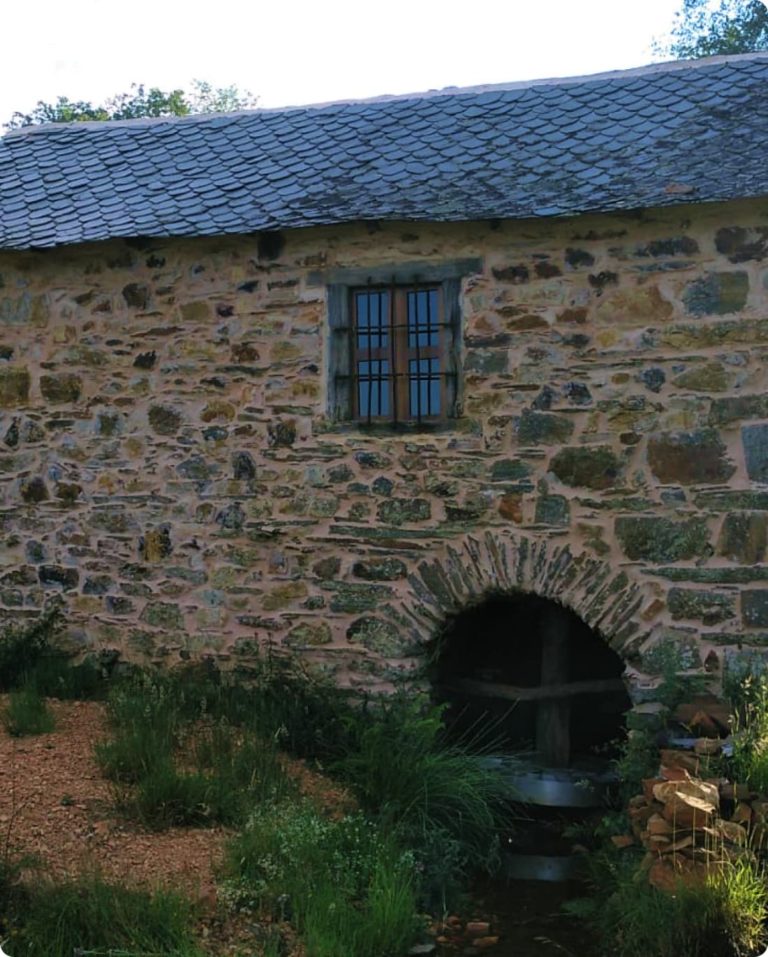