Its name comes from Jupiter Menzano, to whom they sacrificed horses. In ancient times, royalty and nobility requested horses from La Cepeda, since they were a cross between a pure Spanish breed and a great Babiano.

During the War of Independence it suffered a very aggressive invasion by French troops that practically destroyed the entire town.

"El Camino de Manzanal" was of great importance as an alternative Jacobean route to the French road that passed through here, it originated to avoid snowfall and bad weather in Rabanal and Foncebadón. This is how it was found written in a pilgrim's guide from the 15th century, made by the German monk Hermann Küning. This route continued to a valley that brings us closer to the ruins of what was once a great church, that of San Juan de Montealegre, until we reached Torre, where it linked with another Jacobean route, the "Camino de La Cepeda".

It was also a legendary and strategic place of transit, which had an inn and a post office and post office stop. The town is located on the slopes of the Corón (which is also called Pastorin because of the shepherds' customs of raising a stone figurine on the top) that emerges behind the town. Its people were dedicated to livestock, agriculture and coal mining.

It is a district of the municipality of Villagatón in the province of León. Its port is located at 1,225 meters of altitude, halfway between Bierzo, Cepeda and Maragatería. It has access to the Madrid-A Coruña highway, which is only a few meters away, and can also be reached by bus with wide availability of schedules.

They are 4 meters high and are located in the place of the same name, to disperse the storms that destroyed the crops. At the top, it carried a closed container with mercury inside (brought from the US). This idea was transmitted to the residents of the town by one of the many pilgrims who made the Camino de Santiago through Manzanal. The original cross disappeared in 1945 after a heavy snowfall.
Manzanal del Puerto

Built in the 60s with typical materials of the area (stone, slab, adobe ...), by several neighbours who joined forces (first the elderly and later the youth), to store the machinery used in the cereal cleaning work. They are located in the era of the town because it was where the construction work of bundles, mashed, cleaned, threshed...etc.
Manzanal del Puerto

It is a natural cave under which the Hermitage is housed, where every year the weekend before Corpus Christi celebrates the festival in honour of Santo Tirso since according to legend, he took refuge there. The Saint is transferred in procession to here, where the tradition of passing through the mountains to heal pain is carried out.

Carboniferous sandstone rock reused as a voussoir in the village Church, in which there are engraved symbols from more than 4,000 years ago representing two men, the sun god and a female deity.
Manzanal del Puerto

Its construction dates from the end of the 18th century and is dedicated to Santa Marina, patron saint of the town.

The route begins on the track that leads to the sports center, from where you take an old road that, between the holm oaks and oaks installed on sunny slopes, accesses the Valdecouso area, an important chestnut grove that offers, when autumn comes, its appetizing fruits; chestnuts.

Little by little, the path narrows and saves the unevenness between the previous spot and the Arroyo del Mostruelo, also known as Arroyo de la Górgora, in reference to the sound that the water makes when it springs up.

Oak, holm oak and chestnut trees slowly give way to lush vegetation favoured by the humidity and the shade of the narrow channel of the stream, which runs through the quartzite rock. Ferns, mosses, lichens and trunks of water-loving trees, tapestry on the ground.

Peña Infierna or Well of Gorgora. Once you have reached this bridge, the quiet walk along the crystal clear waters allows you to enjoy the uniqueness of this hidden and remote place. 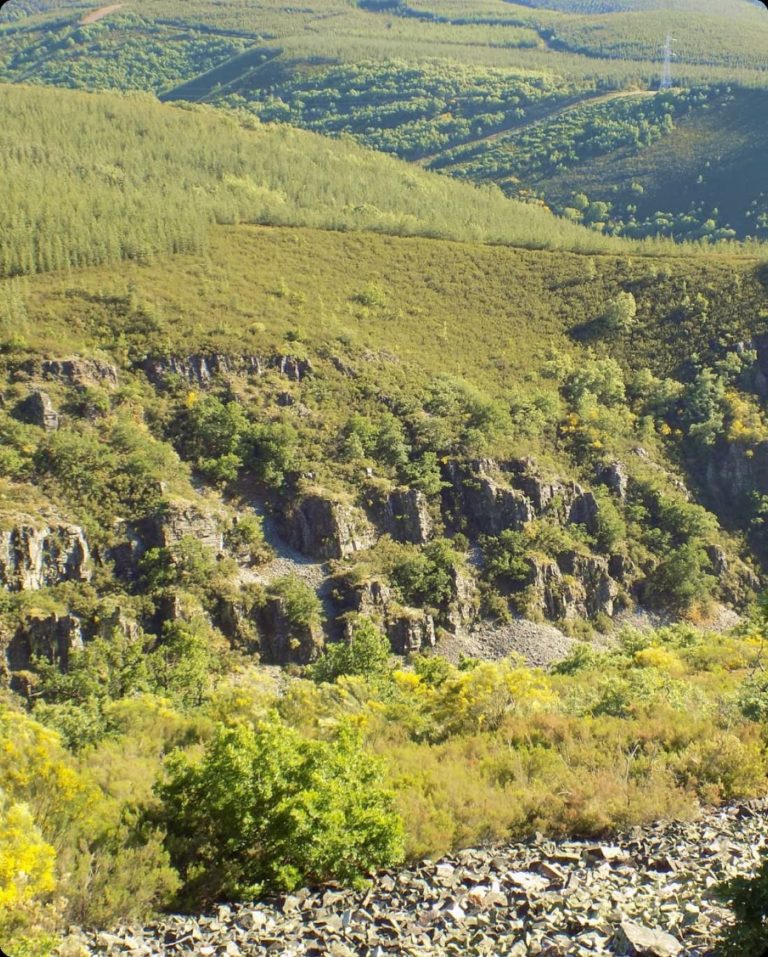 The route begins at the Church of Manzanal del Puerto, at the foot of the Nacional VI where the Cosmological Stele is located, and runs through the town with a small cultural visit that includes the Peña de Santo Tirso and ends at the Casinas de Majar, which are testimonies of the agricultural past of the area.

You continue along a path, part of the Vía Nova until you reach the Valle de la Silva where you can hear the bubbling sound of its many waterfalls, among which is the Cascada de la Retuerta that gives this route its name.

Walking along the river bank, you reach the Ferrina Fountain, which owes its name to an old iron mine that is in the upper part and which is surrounded by a grove of centenary chestnut trees.

Following the route of the mining road we arrive in the town of La Silva, where you can visit the museum, which collects its mining past and its ancient workings.

After travelling to the past, we continue our way until we reach the ruins of the ancient Monastery of San Juan de Montealegre, originally known as San Martín de Montes ruled by the Military Order of Hospitallers of Jerusalem, a jewel of Romanesque architecture declared since the 90s as Asset of Cultural Interest by the Junta de Castilla y León.

Returning to La Silva, we will find remains of the mining activity that existed in the area for many years. Witness them in the extraction well and the personnel entrance crossing of the San Juan Well.

Between oaks, white hawthorn trees and meadows, the path back to the town runs in whose La Llama Park is exposed the Foundational Milestone of San Martín de Montes with epigraphs that prove its origin. We finish the route having a picnic in the Santa Bárbara Park, while we admire its mine entrance and its mining machinery. 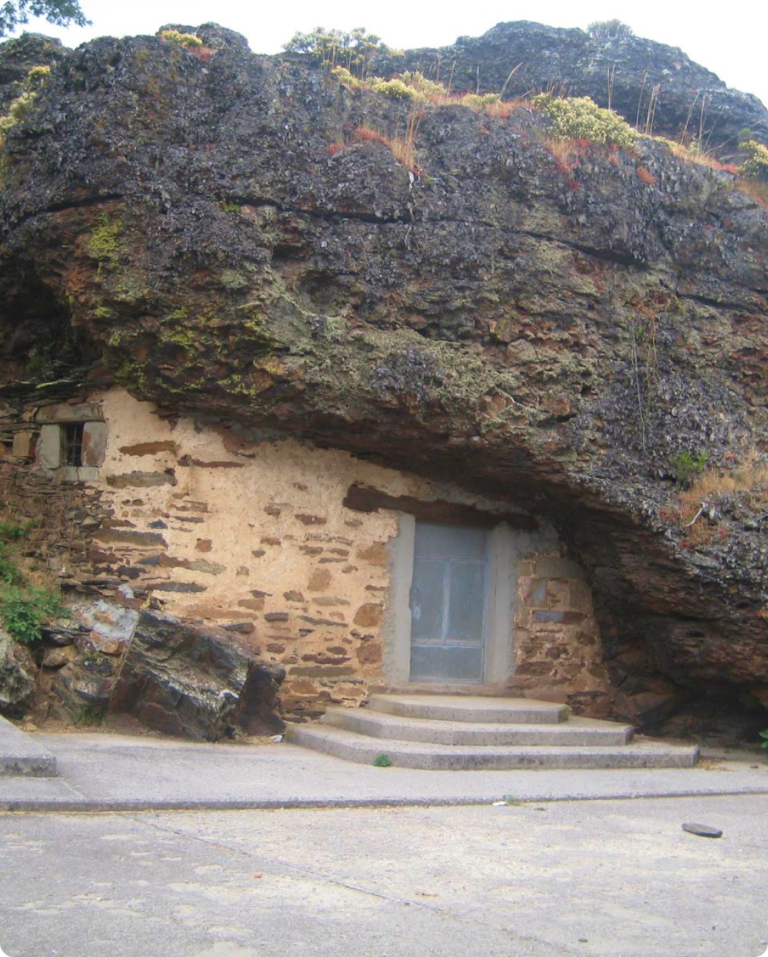