Its name comes from the plural diminutive of Braña, a place of pasture for the summer, it is said that in the Mediavilla neighborhood, Count Gatón (founder of Villagatón and participant in the repopulation campaign of these lands) had a braña so that his cattle could benefit from those pastures with abundant ferruginous water.

Remains of a mining site reveal the Romanization of the area, and from the Middle Ages there is evidence of the commercial exploitation of numerous forges.

The railway station was opened to traffic on January 18, 1868 with the start-up of the Astorga - Brañuelas section of the line that intended to link Palencia with La Coruña.

It was the last stop and limit of the Spanish railways to the Northwest, travellers and goods had to get off the train and travel the section to Torre by stagecoach, until finally in 1881 the El Lazo Tunnel was built, a famous engineering work in it’s time (it is said that in this case it was a shepherd who came up with the great idea), thus extending the railroad to Galicia.

Until 1955, the year in which the entire line was electrified, it was an obligatory transshipment stop, since here the change was made from the steam engines, coming from Castile, to the electric ones.

From Brañuelas thousands and thousands of tons of coal left for the rest of Spain, arriving, to be shipped by rail, from the mines of the valley of the Tremor river, at the beginning of the century going up the slope with carts and horses, and from the years 20 through cable car lines.

Enterprising people established their businesses, shops, inns and bars here that remained open all night, reaching up to 3,000 inhabitants. As early as the 1960s, trucks displaced rail transport and the decline began.

Currently, the town is dedicated to livestock, agriculture and resin activity, although there are traces of mining and industrial activity.

It is a district of the municipality of Villagatón in the province of León. It is located at 1,090 meters of altitude, at the top of the Manzanal port, halfway between Bierzo, Cepeda and Maragatería. Furthermore, it has access to the Madrid-A Coruña highway, which is only 6 km away, and can also be reached by train with wide availability of schedules.

Café bar in Brañuelas, in front of the train station. Specializing in home-made croquettes and gourmet burgers.
PHONE NUMBERWEBSITE
Brañuelas

A Neighbourhood in which the first houses of Brañuelas were built, you can still see remains of old houses and as well as the old bowling games.
Brañuelas

Park located in the ancient area of the same name.

Emblematic fountain with abundant water throughout the year.

Recreational area with barbecue, tables and a small house with a charcoal stove.

Recreation of a mine shaft made by former miners of the town.

Museum center, inaugurated on August 5, 2017, which has housed...
READ MOREWEBSITE

This route runs for 9 - 11 km, between the Brañuelas Town Hall and the “El Llastrón” forest in Villagatón, most of it parallel to the Muelas river along the rural road that runs from Brañuelas to Valbuena and also parallel to pine forests of which we can see two types: wild (from the middle and upper parts, they have an orange colour) and pinus pinaster (everything is the same dark colour, which is being resin).

Along it, you will see the ruins of 5 water mills, a resin mining area, mycological areas, two old town centers, strange caves drilled into the rock, a bee colony, the Villagatón Church, the Villagatón (empty) swamp. … and beautiful views from the mountains of several towns in the region.

It is a route of low difficulty, all of it between 1,000 and 1,125 meters of altitude, and special care must be taken when crossing the roads (twice, once in Brañuelas and another arriving in Villagatón) and the train track (Milestone No. 19, at  5.71 kilometres from the beginning). All of them are clearly signposted.

When leaving the road and approaching a mill, there may be water on the ground, so it is recommended to wear suitable footwear. Also, depending on the time of year, there are cattle grazing, so it is recommended to be especially careful and not approach or disturb the animals. Some of them, if they have young, can become violent in their eagerness to protect and defend their offspring.

There is a varied fauna in this area (another thing is that you will be able to see it!): Squirrels, rabbits, roe deer, foxes, wild boars, some wolves ..., as well as various types of birds, some more frequently than others: crows, kites, vultures, eagles, storks, partridges, quail...etc.

In addition to being able to do the route on the road (walking by bicycle or by 4x4 car), the most intrepid could do it by the river in summer: the landscape is splendid, but the difficulty is much higher, having to cross the river several times(wear high boots) and clear an obstacle.

The route signs are usually mostly on the right side, as well as off the road. 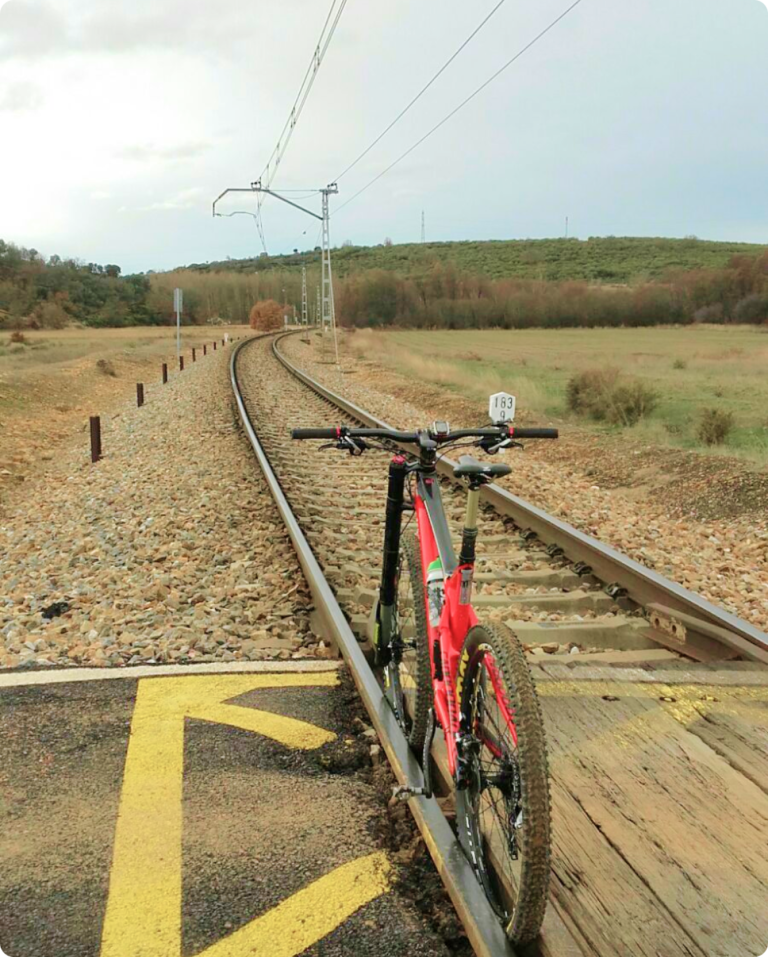 All the information about the 2020 Winter Play Centre is now available.

Reopened in 2018, the public school belongs to the CRA of Santa Bárbara. Educational offer: Infant and Primary Courses

The municipal swimming pool remains open during the summer months.

Open all year. Please see the information section for more details about the reservation and rules of use.

The civil protection group was created due to the existing need in the municipality to bring together that...
READ MORE
Brañuelas